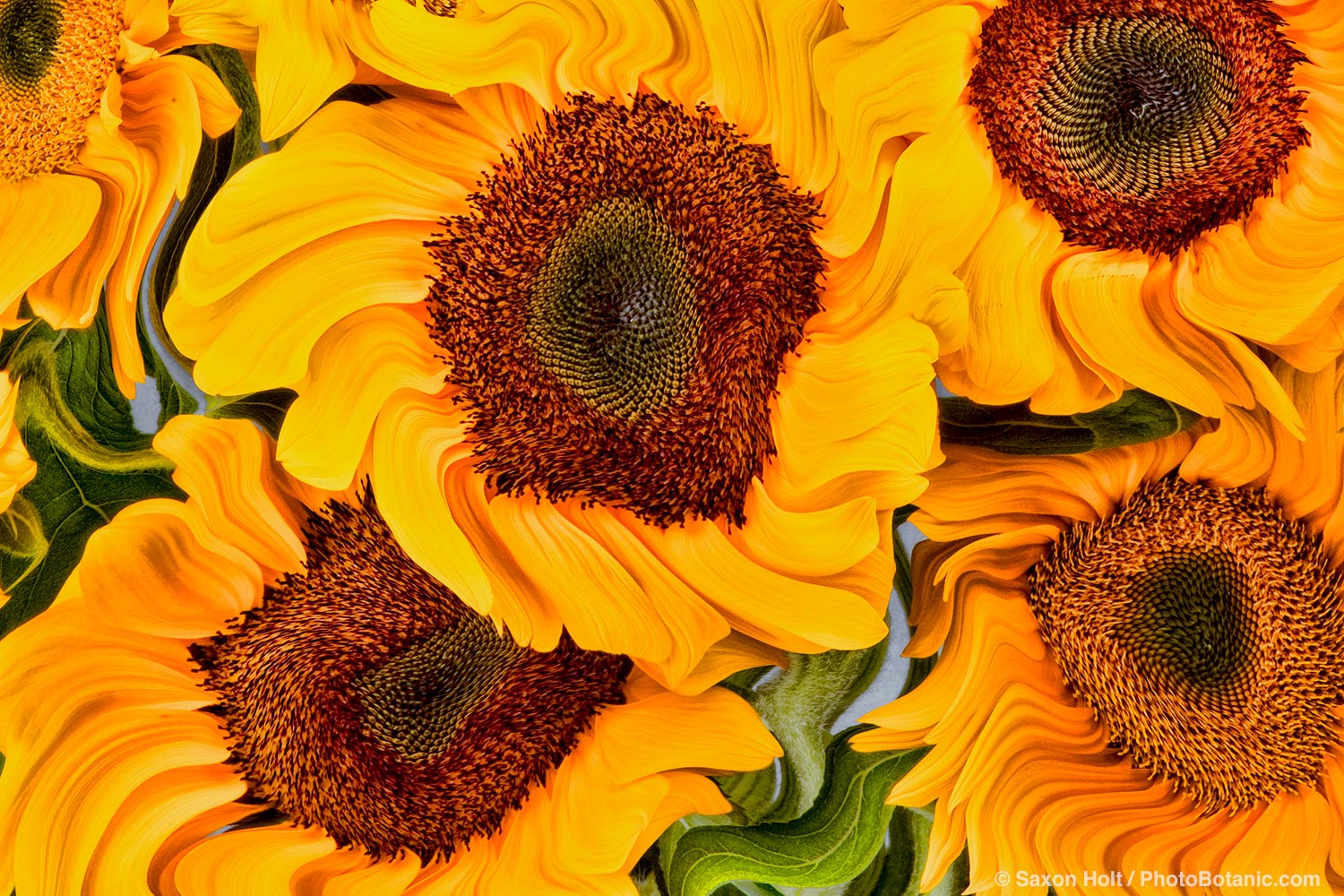 Part of the commercial flower shoot for Sakata Seeds at the California Spring Trials were sunflowers, the variety ‘Vincent’.  To get them for the spring shoot in California they were flown in from Holland, where they waited for two weeks until the show, when I was on site to take pictures.

No, they did not look surreal and deformed, but I was excited all day as they called to me from the edge of the staging  room set up as a studio.  They were exquisite, and finally toward the end of the day the Sakata folks stacked them in a bucket just perfectly for their moment under the lights.  Only then did they became surreal; impossibly beautiful, impossible to simply click the shutter and move on to the zinnias.  Though that is what I did.  The day’s work was much greater than the one sunflower photo.

This is the makeshift studio at the Sakata offices. 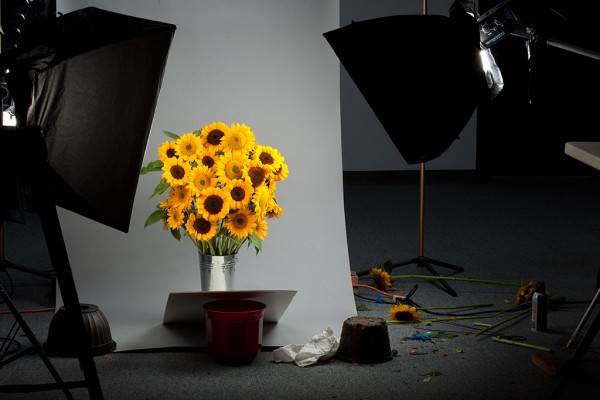 When I got back home I opened the sunflower photo as soon as I could.  It leapt into PhotoShop, and commanded the Topaz Simplify 3 filter tool.  Then PhotoShop’s own liquify brush tool, painting the petals into gaps. 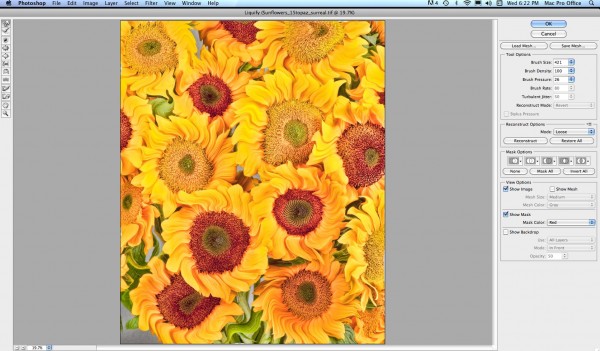 I can’t explain much more than that.  It just happened. 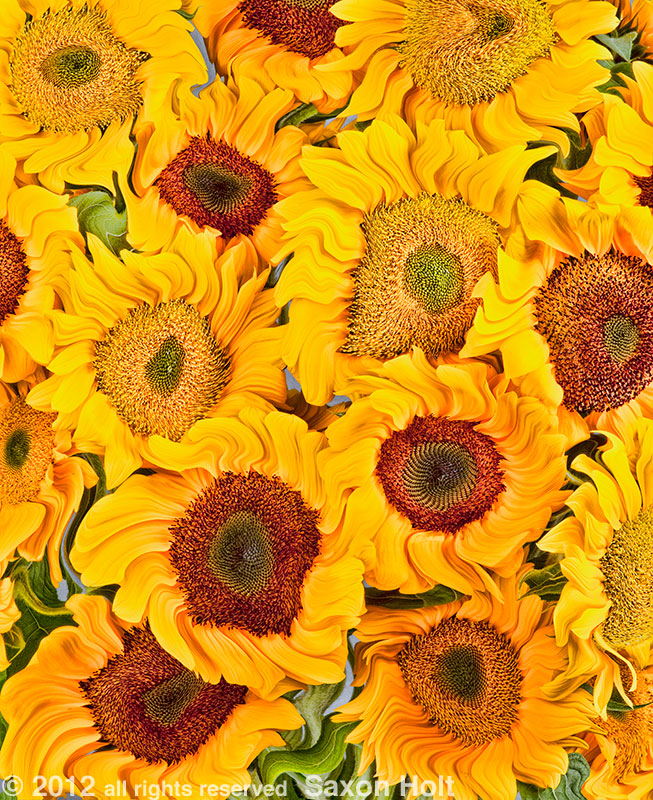